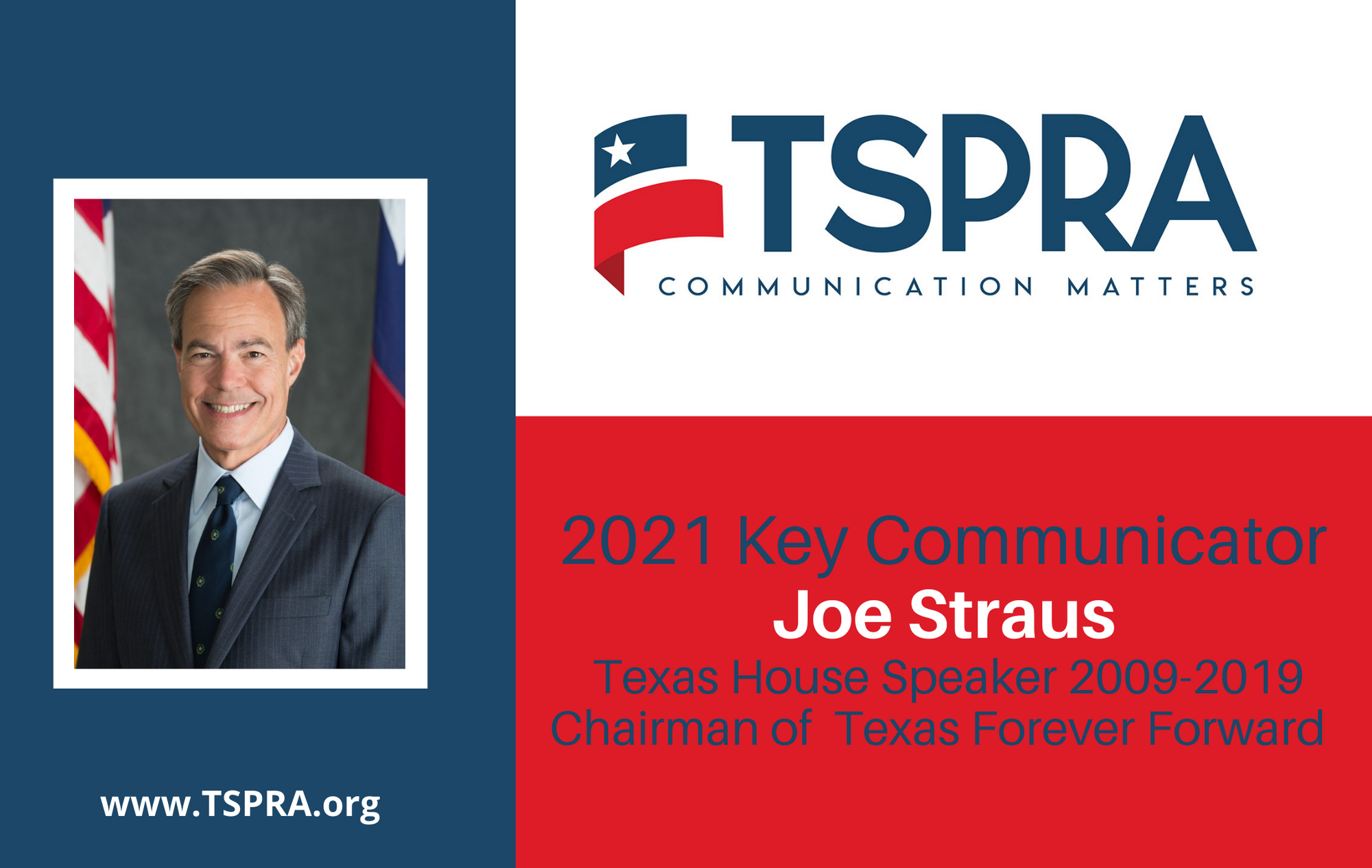 Each year, TSPRA honors someone who has contributed significantly to the field of public-school communications with the association’s Key Communicator Award. This award is sponsored by Forecast5 Analytics.

This year’s award recipient is fifth-generation Texan Joe Straus, former Texas House speaker from 2009 to 2019, making him the longest-serving Republican Speaker in state history. During that time, he was a vocal advocate for providing robust funding for public education, and he identified public education as the state’s best economic development tool.

“As a public-school graduate himself, Mr. Straus worked tirelessly throughout that time to ensure that supportive public-school legislation was at the heart of each legislative session that he chaired. He made himself readily available to his local constituents that included public school educators, administrators and Superintendents as they voiced their needs and concerns, and he dedicated his leadership to responsive legislation as a result. His leadership and support for pro-public-school legislation is resolute,” said Dr. Dana Bashara, superintendent Alamo Heights ISD, in her letter of support.

Some of his key accomplishments that benefit public education include:

Superintendent Brian T. Woods, Ed.D, Northside ISD, said in his letter of support, “Though Speaker Straus retired from the legislature in 2019, he has consistently stayed active in education policy by working with and supporting lawmakers who are pro-public education.”

In his unwavering support of public education, during the 87th legislative session, Straus called on state leaders to release $18 billion in federal stimulus funds to schools across the state.

Today, Straus is the chairman of the Texas Forever Forward political action committee and continues his public service endeavors through his dedication to various boards, community and state organizations.

Page load link
Effective Immediately!  Our member portal will only work with the latest versions of the following web browsers: Chrome, Firefox, Safari and Microsoft Edge.  It will NOT work with Microsoft Explorer