Julie Thannum, APR, CESO, oversees the day-to-day operation of the association at the state office in Austin, Texas. TSPRA, an incorporated, non-profit 501(c)(3) education association, is governed by an Executive Committee. Only TSPRA Professional members may hold office and vote.

TSPRA is governed by an executive committee of 15 elected officers (president, president-elect, immediate past-president, nine area vice presidents and three at-large vice presidents). Two others serve on the Executive Committee as ex-officio members: TSPRA’s executive director, who oversees the day-to-day operation of the association at the state office in Austin, and an appointed parliamentarian. The Executive Committee meets three times a year. Only TSPRA Professional members may hold office and vote. The three at-large vice presidents represent all members.

TSPRA divides the state into nine areas based on Texas’ education service center regions (ESCs). There is a vice president for each of these areas.

TSPRA is a non-profit 501(c)(3) education association. Under the provisions of the United States Internal Revenue law, no substantial part of the activities of the organization shall be the carrying on of propaganda, or otherwise attempting to influence legislation, and TSPRA shall not participate in, or intervene in (including the publishing or distribution of campaign statements) any political campaign on behalf of any candidate for public office. 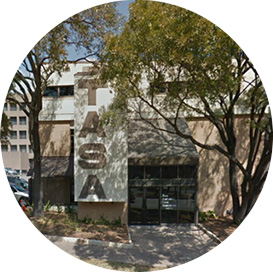