TASB article about Linsae A. Snider

Linsae A. Snider is the executive director of the Texas School Public Relations Association (TSPRA), the largest state organization dedicated to promoting public schools through effective communications. After conducting a national search in April 2010, Snider was selected by TSPRA’s executive committee and she officially stepped into her new role on July 1, 2010. She succeeds Judy Farmer who retired in June after leading the nonprofit association for six years. Snider, a TSPRA member, was serving as the association’s Northwest Texas Region vice-president when she was selected.

With more than 29 years of service in public education as a teacher, program coordinator and school district administrator, Snider brings a wealth of experience to TSPRA’s leadership position where she will manage the day-to-day operations in the state office in Austin.

Snider began her career as a teacher in Goose Creek CISD, Baytown, Texas, serving that district for five years. For the next 20 years, she worked for the Region 17 Education Service Center (ESC) in Lubbock, Texas, holding positions as coordinator of media, school health specialist, coordinator of instructional resources, drug-free schools specialist and coordinator of professional development. At the ESC she gained experience developing, directing and evaluating new and existing events, programs and projects at the local, state and national levels.

In 2005, Snider moved from the ESC into an administrative position at Frenship ISD, serving first as director of development and public information. As the district’s spokesperson, she coordinated all media coverage, while also chairing and serving on several district and community committees. As of January 2010, Snider served as FISD’s director of professional development.

Snider earned her bachelor’s and master’s of science degrees, as well as mid-management certification at Texas Tech University in Lubbock. Besides TSPRA, she is a member of several professional organizations including the National School Public Relations Association (NSPRA), the National Staff Development Council, and the Texas Staff Development Council, where she was a past president and member of the board of directors for eight years. Snider also participates in civic and community activities including the Volunteer Center of Lubbock, Leadership Lubbock, the United Way and the Junior League.

“Public education is the most important asset our state can offer to its citizens and promoting public education in Texas is a passion,” said Snider. “I am honored to be selected as the new executive director for TSPRA. I look forward to working with TSPRA’s executive committee and our 1,000 members as we continue to carry out our mission and explore new ways to improve communications between Texans and our public schools. That mission has never been more important than it is today. We must promote a positive climate for the continued academic success of the students in Texas.”

TSPRA President Steve Valdez stated that the search committee was impressed with Snider’s confidence, poise and character, as well as the fresh and original ideas she brought to the table. “I believe Linsae’s enthusiasm and energy, combined with her knowledge and administrative abilities, will build on TSPRA’s strengths and take the association to the next level of improving and striving for excellence in communications for our public schools,” said Valdez.

“Linsae’s many years of experience with Texas public education at the local, regional and state levels will greatly benefit our association and its members,” said former Executive Director Judy Farmer. “I am delighted with her selection and know that she will passionately work to continue TSPRA’s legacy of excellence.”

Texas School Public Relations Association (TSPRA) is a nonprofit, professional organization dedicated to promoting public schools through effective communications. TSPRA, an award-winning chapter of the National School Public Relations Association (NSPRA), was chartered in 1962 and incorporated in 1977. With more than 1,000 members, TSPRA is comprised primarily of public information and communications professionals who serve the public school districts and education organizations of Texas. In 2004, TSPRA opened its membership to education foundation staff and boards that support our public schools. The membership also includes superintendents, school administrators, principals, executive directors, web/technology/electronic media and graphic professionals, school consultants, vendors and others who support public education in the state. TSPRA provides professional development, resources and networking opportunities for members and others in the education community. 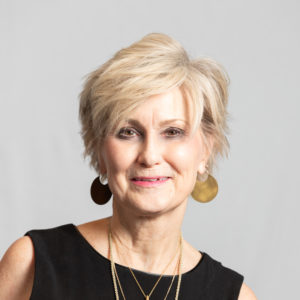 Page load link
Effective Immediately!  Our member portal will only work with the latest versions of the following web browsers: Chrome, Firefox, Safari and Microsoft Edge.  It will NOT work with Microsoft Explorer