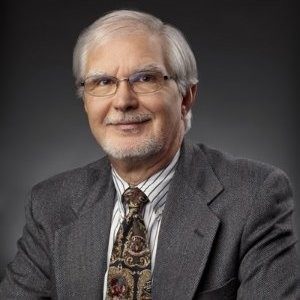 Andy Welch was born and grew up in San Benito in the Rio Grande Valley, where he received an outstanding public school education.  It was as a teenager that he first witnessed the headaches of school administration, when his dad, a Main Street merchant who served as a San Benito School Trustee, would return home from Monday night board meetings, and would almost literally bang his head in frustration on the kitchen table.

Soon after graduating from Southwestern University in Georgetown, Mr. Welch began a decade-long career as a State Capitol reporter, providing daily news coverage to newspapers and radio stations across Texas.  In 1983, he joined the staff of newly-elected Texas Agriculture Commissioner Jim Hightower where he headed-up the agency’s communication team.  In 1990, Mr. Welch switched from promoting Texas foods, wines, and organic produce to explaining state tax policy and revenue estimates, as he became Communication Director for newly-elected State Comptroller John Sharp.

It was in 1998 that Mr. Welch accepted what he calls “the hardest job I ever had,” as Communication Director for the Austin School District, where two of his first assignments were to coordinate a districtwide realignment of all campus attendance boundaries, and the recruitment and hiring of Superintendent Pat Forgione—who remained at the helm of the 80,000-student district for an unfathomable 10 years. Soon after Dr. Forgione’s retirement—and following the brutal legislative session that resulted in $5.4 billion being cut from Texas school districts—Mr. Welch also retired in 2011.

However, with the 2013 legislative session approaching, TSPRA Executive Director Linsae Snider recruited Mr. Welch to write a loosely defined newsletter named EduLegefor the organization’s 1,000 members, to help keep them informed of the issues that they must confront on a daily basis.  Many TSPRA members also provide EduLegeto their administrative team and campus educators, to help keep them updated on issues of importance.  Now in its eighth year, Mr. Welch estimates that he has written over 850 editions of EduLege.

Andy Welch and his wife Lisa Price Welch live in Georgetown with their adorable dog Boudreaux and their snooty cat Ziggy.  When he’s not writing EduLege, Andy enjoys gardening and playing the piano.  Andy has two married sons, and a precocious five-year old grandson who, despite his young age, is “much smarter than me.”